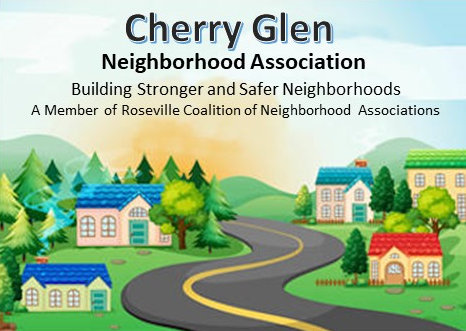 Originally part of the Lewis Leroy King, Sr. fruit orchard, our neighborhood dates back to 1890. The extensive tract of land was devoted to growing a wide variety of fruit trees, with cherries being the predominant fruit.

When the Southern Pacific Railroad division point removal from Rocklin to Roseville was completed in 1908, Mr. King subdivided 80 acres of his ranch between Riverside Avenue and Dry Creek. The property has been known as the Cherry Glen subdivision since.